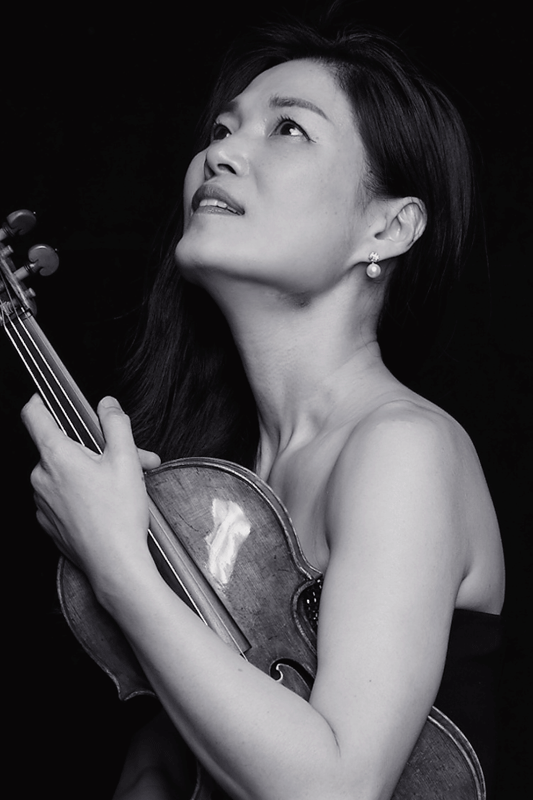 Violinist Kyung Sun Lee captured sixth prize in the 1994 Tchaikovsky Competition, a bronze medal in the 1993 Queen Elizabeth Competition, first prizes of the Washington and D’Angelo International Competitions, and third prize in the Montreal International Competition, where she also won the Audience Favorite and the Best Performance of the Commissioned Work prizes. Subsequent to winning these awards she has enjoyed ever-increasing popularity as a performer. She has received high critical acclaim: “Exceptional tonal suavity and expressive intensity in equal measure,” commented The Strad. “Godard’s ‘Concerto Romantique’ could not have had a more outstanding soloist than Kyung Sun Lee,” proclaimed Harris Goldsmith in the New York Concert Review. “Fluidity and grace; pathos and emotion,” raved the Palm Beach Post. “Lee is the most musical, the most intelligent soloist to have played with the orchestra in quite a while,” maintained the Tuscaloosa News. “Penetrating clarity, a strong sense of style and a technical supremacy that conquered all difficulties with unruffled ease,” announced the Miami Herald. “Beyond superb execution, she conveyed [Vieuxtemps’s Concerto no. 5]’s particular Romanticism expertly,” remarked Dennis Rooney in The Strad.

In addition to her busy schedule as soloist and chamber musician, Ms. Lee is an accomplished teacher and clinician. After becoming Assistant Professor of Violin at the Oberlin Conservatory in the fall of 2001, then Associate Professor at the University of Houston in the fall of 2006, she is a newly-announced Professor of Music in Violin at The Indiana University Jacobs School of Music and Professor at Seoul National University since 2009. She taught for two summers at the Aspen Music Festival, and has also been involved with the Seattle, Ravinia and the Marlboro Chamber Music Festivals, the Texas Music Festival, and the Great Mountains Music Festival in Korea. Ms. Lee is a former member of the acclaimed KumHo/Asiana String Quartet, with whom she toured worldwide. In recent years she has also been in demand as a judge of violin competitions including the Joachim International Violin Competition Hannover, Seoul International Competition and the Tibor Junior International Competition.